Since never using the VBA Editor in Excel 2011 for Mac was a slight embarrassment, I thought to give it a whirl with a half-written function that was started in Excel 2010. I quickly found out the Editor’s windows have more of a free-floating style, but the programming looked to be quite the same. 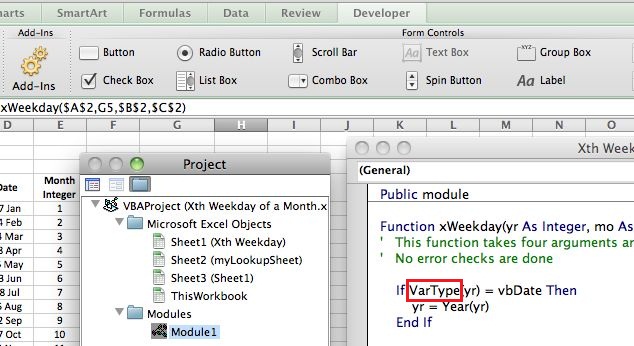 Until I wanted to find out whether to use the TypeName or VarType function and tried to access Help. This is something they make sufficiently hard enough that I didn’t find either function definition before giving up and deciding to write about the futility of being dropped into a maze.

But first I switched back to Excel 2010, selected VarType in the VBA Editor and activated Help, which quickly generated a nice pop-up window with all the facts I needed about the VarType Function, as you can see below. 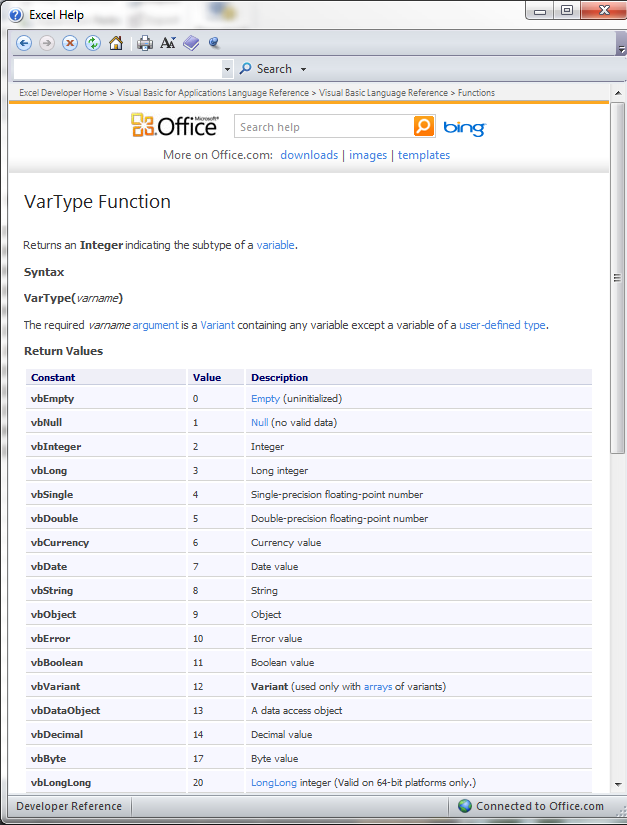 When you try this in Excel 2011, the following screen is the entrance to the maze.

Continuing on from this screen is when you start feeling that something’s all jumbled and confused in the Help system for VBA in Excel 2011. I don’t recommend going on any further unless you’re desperate.

Oh what a tangled web they weave.